A Vision to Transform the World

In my lifetime I’ve had many transformative experiences. Whereas most people in this modern age might have one or two transformative events in the course of a life span, I’ve had more than I can count. There is a very good reason for this. Let me explain. 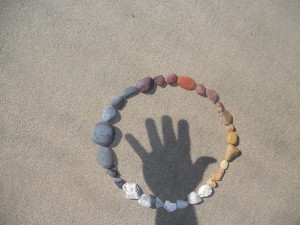 When I was 15 years old I had what I consider my first real transformative experience. What happened is hard to describe in simple English; the closest word that describes the change I experienced is a Vision. The reason I call it a Vision is because this transformation gave me the ability to see the world in a new, more comprehensive and complete way – which affected my entire outlook on life. In this Vision I did see images like having a vivid day dream. These images explained to me some previously unknown knowledge which greatly impacted my understanding of the world and my internal self perception. The underlying theme of this transformation, this Vision, was a change in my internal and external perceptions of the world – literally a change in my “vision”.

A Vision of Hope

This first transformation occurred in 1989. Through this Vision I came to understand that the natural world was calling out to those who could hear. The damage to the Earth that humans inflicted had just passed a critical point—the Earth could no longer be healed just by physical means. A spiritual calling was being cried from creation for aid, and many people heard the call. All over the world, contemporary humans turned to traditional indigenous people for help. Many began seeking to live a more balanced, spiritual life.

It was during this time that I unexpectedly received my first Vision—a Vision that changed my life and transformed me from a self-centered teenager into a healer. My mission in life then became to learn how to bring about transformative healing to the world. I began to search for guidance, at first directly from nature and then from teachers who lived close to nature. I was guided towards Native American traditions and within months I began helping a Native American Medicine family in sacred ceremonies. Within a few years, I was living with and had married into this family, one of the last direct links to ancient Native American ceremony and rituals.

After I began working with and learning from this Native American Medicine family I was soon taught how to seek Visions. I learned the techniques and methods to do what is commonly called a Vision Quest. I was educated about the ceremonial process to find deep understanding and transformation – repeatedly. Once I was taught how to Vision Quest, this transformative process became a regular part of my life.

I’ve gone through many Vision Quests in my life. Each one has added a new layer of understanding and awareness. Each Vision received has transformed me and increased my love, compassion, and connection to myself, people, and nature. Through the Vision Quest I’ve been allowed to touch the true meaning of life and grasp the infinite universe.

This ceremony method is available to you all……. Do you need a transformation?

In Health and Happiness,

About the Author
Salvatore Gencarelle is a cultural bridge between Lakota healing ceremonies and the modern world. His intensive mentoring period required both dedication and sacrifice, spending 17 years as a ceremonial guide, creator, singer, and mentor under the direct supervision of a Native American healer. It was through this process he earned the responsibility to pass the teachings on.
Social Share
One Comment